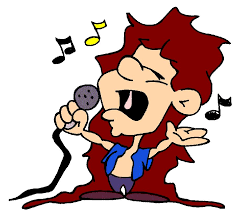 A lot of people likes singing as much as they like music. People enjoys singing in karaoke/ videoke. It makes it easier and fun to follow and read song lyrics in a videoke screen .It is one of the most favorite past time among friends and families whether you’re out of  tune or simply fantastic.  Filipino is especially talented when it comes to singing.This is evident in many awards and recognition they received from across the country and around the world.

Technically, The Karaoke Sing Along System is indeed a Filipino invention. This is because Roberto del Rosario, then president of Trebel Music Corporation, patented it in 1975. He’s also known to be a famous inventor, having a total of 20 devices patented under his name.

Although Rosario patented it in 1975, the idea has long been attributed to a Japanese  musician.

Singing together in groups in a videoke/karaoke especially during celebrations and special events are considerd to be Filipino-like. We love to take hold of the mic and be in a limelight for at least some sparkly minutes. Almost all family  has their DVD and videoke song lists in their houses. Sharing the love of singing and music makes  every single Pinoy moments memorable and enjoyable.