My Boyfriend Ignores Me, What to Do? 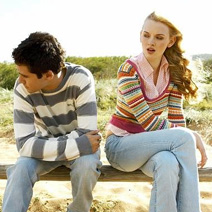 There’s nothing worse than being ignored by someone you love. The pain is really unbearable when your husband, boyfriend, wife, or girlfriend ignores you and you are clueless why it’s happening. There are so many questions in your mind that need to be answered. You have attempted to reach the person but you don’t get any text message or phone call for days. It’s definitely killing you softly. To be ignored and neglected by someone special to you is not an ordinary thing.

I know how hard it is to be in a situation like this. If you have experienced this, you can tell how throbbing it is. This post is going to tell some tips on how to deal with a boyfriend who ignores you. Some pieces of advice and things to do include the following:

There is a reason for every action and sometimes it happens to let you realize things. Whatever realizations you do have, hope you will be on the right track.

Another good method which works from experience when a guy is ignoring you is to ignore them back, repeat his behavior, he will be surprised to see that you too can ignore him. Give him a taste of his own medicine.