The rivalry of the two giant networks GMA and ABS-CBN gets more intense after the fame of the AlDub love team.

And just recently in “It’s Showtime”, Vice Ganda encouraged his co-hosts, Anne and Vhong to invite AlDub in order to win on their show’s segment. The comedian also mimic the AlDub’s pabebe wave. 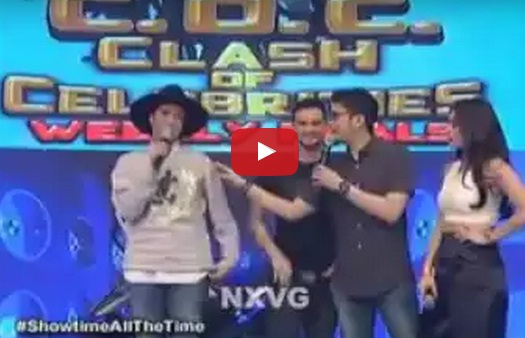 This caught the attention of the some netizens. Some netizens said that it simply shows how desperate they are to get a higher ratings. Watch the video below.