The identity of the two masterminds on Vhong Navarros extorsion have been revealed by the comedian on the Buzz ng Bayan. The two people involved are Denise Millet Cornejo and Cedric Lee, 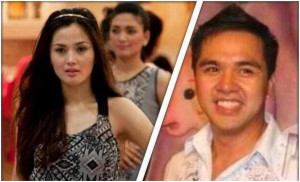 Deniece/Denise Cornejo according to some reports is the daughter of a singer Wency Cornejo and the grand daughter of the veteran newscaster Ms. Mel Tiangco. She is 22-year old and a ramp/print ad model. She is also a part time actress and became a part of a popular koreanovela “Lovers in Paris” starring KC Conception and Piolo Pascual.

On the other hand Cedric Lee or Bernice Cua Lee (his real name) according to some reports once became the boyfriend of an actress Ms. Vina Morales.

Below is the full Video interview of Vhong Navarro with Boy Abunda. Don’t forget to leave your comment below.