Just recently on 24 oras Cedric Lee said that he has the video of Vhong Navarro confessing that he really attempted to rape Deniece Cornejo. He
said that the video was taken at Forbeswood Height condominium unit together with other men who were also involved in this case.

On an interview with Vhong Navarro in Buzz ng Bayan, the actor said that he was forced to confess that he attempted to rape Deniece Cornejo while taking the video. However Cedric Lee said that the video was not taken in the condominium unit but was taken at the precint. 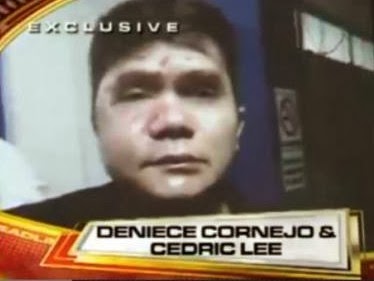 At the same day, Karen Davila received a news from her friends and exposed it to her radio program DZMM stating that her friends saw the two alleged masterminds Deniece Millet Cornejo and Cedric Lee partying together in Makati Last Saturday and showing off the video of how they torture Vhong Navarro.