Alleged video scandal of MIch LIggayu and Neo Domingo was recently uploaded on Youtube. The video’s length was just about 1 minute.

The video went viral only just less than a month after Mich’s ex-boyfriend had just passed away. 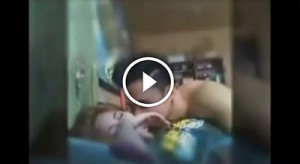 Although according to some Facebook pages. The persons in the video were not really Neo and Mich but only the two popular couple in Cebu and the video was just really taken from their channel and originally titled
“How to wake up your girlfriend”