How do I Write my Name in Japanese? 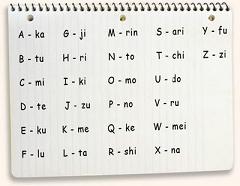 Seeing your sweet name written in a different language brings an unexplainable feeling. There are times when we want to experience it. It feels like it moves you closer to a different culture. Would you like to try writing your name in Japanese characters?

How do I write my name in Japanese?

The first time I translated my name in Japanese I found the result funny. However you must understand its nature first before starting to learn how to write your name in Japanese.

Get to know its background first.  The writing system of Japanese is complex.  It actually contains two ways of writing which include kanji and kana.  The Japanese write foreign words phonetically.

For instance, the last two letters of the name Andrea can be pronounced like ier in the word barrier, or like ayer in the word layer.  If you get results that don’t match the way you pronounce your name, try an alter native spelling that maintains its pronunciation like Andria.

You may ask “How do I spell my name in Japanese?” It’s pretty easy. Learn how to spell it through the following sounds.  Take each letter of your name and replace it with the  sound to the right of the letter.

Now do it and say your name in Japanese! But how do you say it? Just pronounce each syllable as it is. It’s fun and interesting, right? Share this to your friends and translate your names to Japanese together.

how can i write my name in japanese name in facebook