What is Narcolepsy and Its Symptoms ? 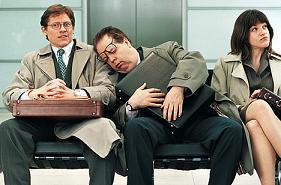 Every human being needs to sleep so that they can resume healthily and normally to their activities of daily living. While sleeping is really essential to all people, there are actually people who suffer from sleep disorders.

There are a number of sleep disorders identified and they are generally classified into three categories:

Sleep disorders can be a big pain and a great hassle, but don’t worry because apparently, these can be managed easily when they are diagnosed properly. In today’s post, we will discuss one of the sleep disorders mentioned – Narcolepsy and Its Signs and Symptoms. We will try to give you as much information about what is narcolepsy as well as its symptoms. Just read on.

Narcolepsy is a kind of sleep disorder wherein the person falls asleep uncontrollably throughout the day for periods lasting from a few seconds to an hour. This sleep attack is oftentimes irresistible and occurs anytime even at inappropriate times and places like when the person is engaged in his daily activities. The excessive daytime sleepiness occurs without warning and can happen repeatedly in a day.

The cause of narcolepsy is actually unknown, though this disorder is commonly linked to genetic predisposition or oftentimes associated with neurological disease. Studies showed that people who are under stressful environment have increased attacks of narcolepsy. In general, the condition develops between the ages 15 to 30.

Signs and Symptoms of Narcolepsy

No cure yet exists for narcolepsy, but combination of treatments is available for the control of the symptoms. Prevention is also needed for patients who suffer from this sleep disorder as it may be very dangerous for patients’ physical well-being especially once they lose muscle control.

I’ve been searching for the medication of this sleep disorder. I read about narcolepsia at emedicine and i learned that it’s really hard to deal with this condition especially when you’re driving or cooking.