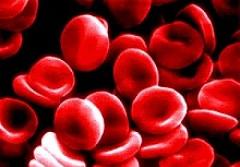 Thalassemia, otherwise known as Mediterranean anemia, is a genetic blood disorder alongside Sickle cell anemia. This is manifested by low level of hemoglobin and fewer red blood cells in the body, and when this happens, it may cause anemia. There are two main types of Thalassemia – alpha and beta. It has also two forms including Thalassemia major and minor. This calls for alarm since most cases cause death of the unborn child during delivery or the later stages of pregnancy. Get more information as we give you Thalassemia causes, signs and symptoms, and treatment by reading the rest of the article below.

This blood disease is inherited which means this can be passed down through genes. Ethnic group or origin can also play a role in the development of the condition. People from Asian, Mediterranean, and African American descent are at risk for the problem. Pathophysiology – wise, this results when there are errors in the amount of hemoglobin which is responsible for carrying oxygen to the blood. When this happens, the red blood cells are destructed thus causing anemia.

Severe anemia is the most common symptom seen in children born with the blood disorder. Some noted symptoms include:

If these symptoms occur, and your doctor suspects that your child may be suffering from the condition, then blood test may be asked to rule out the diagnosis.

How to Treat Thalassemia

Treatment of the condition is usually dependent on its severity. But most cases require surgery via bone marrow transplant together with frequent blood transfusions in order to cure it. The downside though is that long term blood transfusion results in excessive iron build up thus there is a need for drug therapy through medication of iron chelators which will eventually eliminate excess iron in the blood.

There are instances when occurrence of the condition can’t be prevented, but if the disease runs in your family, it would be important to seek counseling and prenatal tests and screening to aid in Thalassemia prevention.