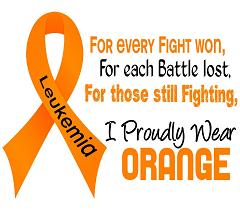 The medical term, leukemia, refers to the disease affecting the cells responsible for the formation of the blood. Oftentimes, this is dubbed as cancer of the blood or the bone marrow where it starts and later spreads to other areas of the body. During the course of the disease, the sufferer has an excessive production of white blood cells which are responsible for fighting off an infection. Learn more to find out as we tell you leukemia causes, signs and symptoms, prevention, and treatment.

The condition has different types. It can be chronic or acute depending on how long the cells started to accumulate and multiply abundantly. It can also be myelocitic or lymphocytic which is dependent on whether it has developed from the lymphoblast or myeloid cell.

During the course of the illness, the white blood cells in the bone marrow become damaged thus begins to grow abnormally and faster than the normal cells. They don’t cease multiplying and will eventually cause problems including bleeding, anemia, and other infections. The cells may also attack the lymph nodes as well as the other body organs.

Just like any other diseases, the exact cause of the problem is not specifically known. It is not age specific, but in happens more in children than in older people. Moreover, a couple of risk factors are identified for the occurrence of the problem. Included are:

Symptoms of the Disease

The symptoms may vary depending on what type of leukemia the person has. Generally though, early symptoms include:

Because the disease may mimic symptoms of other diseases, a definitive diagnosis should be made by your physician to confirm the illness. One may have to undergo physical exam, blood tests, biopsy, and lumbar puncture.

How to Treat Leukemia

Once again, the type of treatment on how to cure the illness is based on the type and how far the cancer has spread. It is also dependent on the overall health of the patient. But in general, some of the treatment methods are considered:

The case requires hospitalization and it should be closely monitored by the doctor for cases of remission.

Unfortunately, there isn’t any prevention tip which may be done to specifically avoid the problem since this can’t be totally stopped. A couple of changes like smoking cessation and avoiding exposure to chemicals may play a big role to prevent the disease though.

Finally, its prognosis varies depending on some variables including the type of leukemia, age, and the response to the medical interventions. But it is noted that its survival rate 5 years after management is known to be 80 percent.