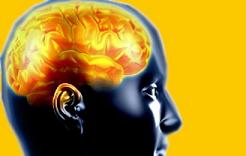 Encephalitis is a condition which refers to the inflammation and acute infection of the brain. This is usually confused with meningitis which talks about inflammation of the layers which cover the brain. This rare condition is commonly seen in children, and statistics says that infants and the elderly are more prone to acquiring serious cases. Today, read more as we give you more info about encephalitis causes, signs and symptoms, and treatment. Make sure to read the rest of the article below.

Viral infections are always thought to be the general cause of the disease. Some of the responsible viruses which can be blamed for its occurrence are the following:

Oftentimes, viruses which are known to have vaccine can also lead to its happening like in the case of – mumps, measles, rubella, varicella, and rabies.

Although the inflammation in the brain itself isn’t contagious, the disease is usually transmitted via:

Signs and Symptoms of Encephalitis

Once infection has occurred, the brain tissue of the patient will eventually swell thus affecting the nerve cells and causing hemorrhage to the brain. Flu-like symptoms are usually seen in the sufferer. these may last for two weeks or more. Some of them are:

In severe cases, symptoms associating the disease include:

Because urgent interventions are needed for young children and the elderly, it is vital that you seek medical attention immediately to perform tests to fully diagnose the disease. MRI, CT scan, EEG, lumbar puncture, and other tests may be done to support the diagnosis.

How to Treat Encephalitis

Treatment plan on how to cure the condition is usually aimed at giving medication and treating other underlying symptoms of the problem. Starting off, several drugs may be given by your physician to help you with the problem.

Although there isn’t any specific antiviral drug to help treat the condition, antiviral drug such as acyclovir and ganciclovir are the most commonly prescribed drugs. Other drugs included in the therapy are acetaminophen to relieve fever, steroids to decrease edema in the brain, and anticonvulsant in cases of seizures. Intravenous therapy may also be a part of the care.

As for some home remedies, some interventions you can perform include bringing down the patient’s fever as well as providing comfort. You also have to ensure that the patient gets a lot of rest to allow the body to fight off infections. Finally, prevention should always be a part of the cure. Therefore, ensure that your child gets enough vaccination for the viral infections that may cause the disease,. Insect repellant creams should also be applied in the exposed areas of the body.  Good luck!