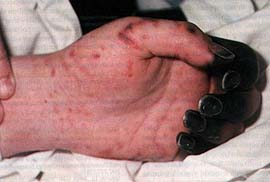 Sepsis is not just an ordinary condition. It is actually a life-threatening disease. The prognosis of this condition depends on age, health history, and general health status. This can happen to anyone like young children but it gets more dangerous to elderly and to patients who undergo chemotherapy because of their weakened immune system. In this condition, the body fights a severe infection that has spread through the blood. This happens when chemicals released to the bloodstream trigger inflammation in the body. The chemicals are actually released to fight infection but something goes wrong which may cause inflammation. The inflammation creates microscopic blood clots which can prevent nutrients from reaching the vital organs and tissues. This can also be triggered by trauma, pneumonia, and burns. On the other hand, this condition is not contagious.

Signs and Symptoms of Sepsis

If a person has sepsis, you may see in him/ her the following signs and symptoms:

A baby may get the infection from the mother before or during the delivery. Check the following signs and symptoms:

Before a patient is given any medication, he/ she has to undergo tests first. The results will actually tell what medications should be taken in. The patient should follow the guidelines given by the doctor and observe proper care. The common medications given include the following:

With the current economic status, we need to be healthy so we can survive. Surviving would be easier if we don’t have any infectious or any other severe illnesses. Let’s be health conscious.