How Many Women Get and Die Each Year with Breast Cancer 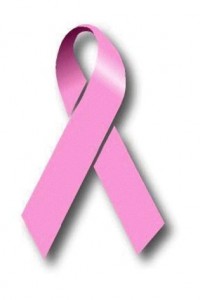 Carcinoma of the breast is the second leading cause of death in women over the world.  The condition is actually next to lung cancer.  Although the cases of breast cancer worldwide have been declining, it is still a fact that many women continue to battle with the cancer over time despite early detection and advanced treatment.  To suffer from diseases related to the boobs may be a horrible experience for a girl.  In today’s post, we’ll five you an idea on how many women get breast cancer and how many women dies each year with breast cancer.  Therefore, continue reading on to know its statistics.

How Many Women Get Breast Cancer

Bases on statistics by the American Cancer Society, the incidence of getting breast cancer yearly is estimated about 1.3 million.  Although all women is at risk for developing the carcinoma, the occurrence of the disease is still greatly affected by the woman’s family history, lifestyle measures, onset of menstruation, race and a lot more. As for the age, almost 80% of the cases of breast cancer occur among females who the highest incidence rate of being diagnosed with the breast disease.

How Many Women Get and Die Each Year with Breast Cancer

Out of the 1.3 million population who have developed the disease, the society estimates that about 465,000 die from breast cancer each year.  Apparently, the prognosis of the illness vary from one female to another alongside the other contributing factors including the – stages, characteristics of the tumor, ethnic background, etc.  It has been accounted that women from African-American decent actually have the highest mortality rate compared to other backgrounds. Moreover, although the disease usually occurs more on women they tent to develop more malignant cases than the older ones.

At the end, this boils down to one thing – prevention.  Through early detection and proper treatment, the cases will be finally reduced, though not totally eradicated.  Hope this has helped.