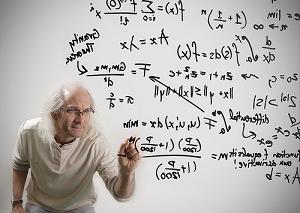 Did you ever wonder who the famous Filipino Mathematicians are? I’ve been wondering too until I encountered their names over the net. I’m not a math lover but I highly respect their great minds when it comes to figures.  I want to share some information about these people who have great contributions on Mathematics in the country.

The names of the 10 famous Filipino Mathematicians are listed randomly below. Let’s get to know them.

They are the pillars of mathematics in the Philippines.  You can try searching for more information about them through a Filipino/Pilipino dictionary.

I thought only mathematicians.

None of them are pure mathematicians. Mostly scientists and academicians. Third world fail.

I had taken a course with Dr. Nazarea, one of those required natural science courses when I was an undergraduate at UP Diliman. He had an uncanny resemblance to Albert Einstein. He is a very, very good lecturer… funny even.