Bermuda Triangle and the Mystery of Flight 19 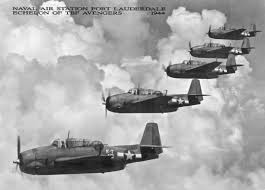 The Bermuda Triangle ( Other known as Devil’s triangle) is a region located in the North Atlantic Ocean.Three vertices formed the boundary of Bermuda triangle located  in Miami, Florida peninsula, in San Juan ,Puerto Rico and the island of Bermuda.

The Devil’s triangle is one of the most talked about  mysteries in history.It is most notorious place in our ocean were aircraft and ships vanished  without any trace.

The message was collected by the control tower was as unusual as it was alarming. “Everything looks strange,” said the pilot. “It looks like we’re entering white water. We’re completely lost.”

There were a few more snaps and then silence.

Over the 70 years no wreckage was found nor were bodies retrieved.Fourteen (14) crewmen has never been found all together.