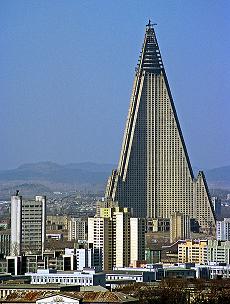 Ryugyong Hotel in North Korea - One of the Ugliest Hotel

Are you fond of traveling ?   Travelers may visit different places and may stay in different hotels.   But what if your travel agent booked you in a world’s ugliest hotel ?   Uh-oh and oh no!   That could be the most hilarious thing to think about right?   So in order for you to avoid the hassle, this article will definitely tell you the world’s ugliest hotel and give you some information about it.

These are some of the worst hotels you can stay if you’re not aware of it.   So before you set all things to travel have a short research on the hotels that you are going to stay at, to avoid the hassle and disappointments.