Kim Yuna Won a Gold Medal at 2010 Olympics at Vancouver 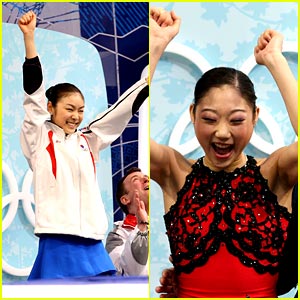 Kim Yuna – The hot figure skater in South Korea just won a gold medal on thursday (feb 25) a gold medal in ladies figure skating at 2010 World Olympics at Vancouver.  Her chief rival, Mao Asada of Japan won Silver while Joannie Rochette of Canada won bronze.  Mirai Nagasu of USA, although at 4th place was as happy as Kim Yuna after hearing their score at the final. Mirai said, “I don’t care about the results, I just want people to know I’m the future.”

Kim Yuna was very relaxed and confident during the program, maybe the reason why she landed all her jumps perfectly in 2010 World Olympics. 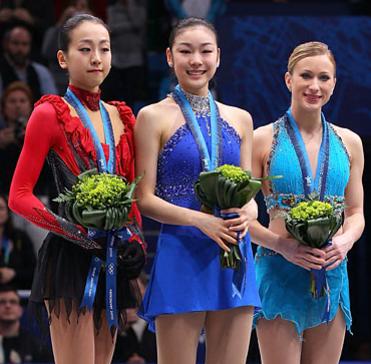 Yu-na Kim got a total score of 228.56  shattering her previous world record by 18 pts.  It is South Korea’s 1st medal at the Winter Olympics.

Kim Yuna, During Ceremony kissed and held up the gold medal with tears of joy in her eyes.

I like Mirai’s attitude, she was happy even though she was just 4th place. I believe, that attitude will bring more success to her life because she keeps on seeing and acting as if she was the winner. That’s the attitude of a true Champion.

Just like you i watched her video several times and she was really good. I will post more of her picture soon, im going to update this page.

She very hot and very talented, i watched her video several times. I want to see her personally. Please post more photo of her.