How to Clean Xbox 360 Discs at Home 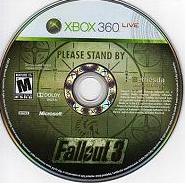 The trends of gaming system which are apparently CD-based are increasing just like the Microsoft’s Xbox 360.  However, when they are used heavily despite being extra careful on them, they can get scratched and damaged as a consequence.  Oftentimes, when those discs have terribly gained so many scratches, there is nothing you can do but to consider them useless and buy a new copy of your favorite game. Nevertheless, if the scratches are just superficial, then consider yourself lucky as there are a few steps that can help you on how to clean Xbox 360 discs at home.  How do you go about fixing and repairing them?  Here’s how.

How to Clean Xbox 360 Discs at Home

The first thing you can do on how to clean Xbox 360 discs at home is to try blowing on the disk to remove dust. You can also use a brush to clean it gently. Another way is to clean it using a smooth polishing cloth preferably the one that you use for the eyeglasses.  In a smooth cloth, put a small amount of car wax and gently wipe off the disk vertically and in an outward motion.  Repeat the steps until the scratches and dirt is off.

Other people are saying that they can also be cleaned with toothpaste.  However, using toothpaste might damage Xbox360 discs after all. So, it isn’t recommended to use this.

Those are some ways on how to clean Xbox 360 discs at home.  The steps will be highly beneficial once visible scratches are seen and the disc drive can’t recognize them. This can also be done for your CDs and DVD movies.  Now you can enjoy the game without being bothered by the grooves on your favorite CD. Good luck!

I tried this with my Sony Vaio recovery disk and it was helpful indeed. Thanks for the post!