On the interview recently with the legendary singer Mang Freddie Aguilar, he said that he and his 16-year old girlfriend would get married after 2 years or after
his girlfriend turned 18. But it looks like it didn’t go according to their plan.

Seems like the two lovers Mang Freddie Aguilar and his minor 16-year old girlfriend are in a hurry now for a wedding coz they just got married today November 22, 2013 in Maguindanao. 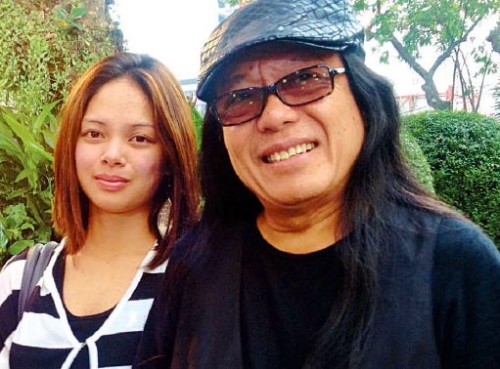 The legendary singer really did what he said on INQUIRER interview last November 2 when he showed desperateness in marrying his minor girlfriend. On the interview he said”

“Any Muslim male at least 15 years of age and any Muslim female of the age of puberty or upwards and not suffering from any impediment under the provisions of this Code may contract marriage. A female is presumed to have attained puberty upon reaching the age of fifteen.”

The wedding was officiated by Maguindanao Governor Esmael Mangudadatu in Buluan at around 3 PM today November 22.

What can you say? Don’t forget to leave your comment below

Bo Ramirez – yes, bec. the article said what can i say so i said not interested..hahahha…

are you kidding? It's so hard to comprehend that. This girl is half the age of Megan. But I'll tell you this – one day, this young girl will come to her senses – and when she does, he'll be left alone. Cherry Robles-Guillermo – so – putok ba yang kasalan na yan saten?

Believe it or not, Megan is all out for this relationship…. She even defends her Dad from his detractors….. I guess the apple doesn't fall far from the tree….. Whadya think?

Freddie – what does Megan think about this?

Freddie – what does Megan think about this?