The parents of Jovi Gatdula – Ka Freddie’s 16-year old minor girlfriend Finally speak about the controversial relationship of the two.

In the interview at Buzz ng Bayan, the parents Mr Joel and Violeta Gatdula tell how heartbreaking to hear about what other people say to them. They said most of the people accuse them that they are just doing it for the money. 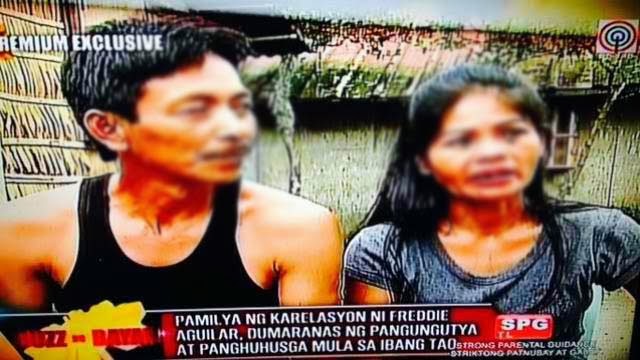 But they themselves said that at first it was not very easy for them to accept the
relationship of their 16-year old young daughter towards Ka Freddie because of age gap and yet their daughter is so young and is not mature enough to be in a relationship.

However, they said that they changed their mind when they saw how the singer Ka Freddie loves their daughter and they were also worrying that their daughter might rebel against them if they do something to stop their love.

Now they admitted that they’re already happy about the relationship of their young daughter and said that they are going to support them despite the critism being thrown to them by the public.

Jovi said that she is so grateful for her parents’ support