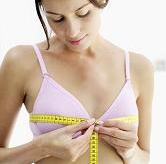 Breast development starts at the time a woman reaches her puberty stage. With the appropriate hormones, further breast growth including the sudden growth of small tender breast buds occurs in both men and women. Breast growth during pregnancy is also a stage where the development of breasts occurs which is also associated with nipple growing.  However, there is an instance where bust unusually do not develop properly.  The condition is called hypomastia.  However, is there really such a thing as stunted breast growth?  And if there is what stunts bust growth ?  Are you eager to find out the answers?  Then read the entire article below.

Wearing bra while sleeping stunts enhancement of the bust size – this myth should be separated from reality as there isn’t actually a single research that can prove that this thing can stunt bust growth.  Generally, the enlargement of one’s bust size is dependent on a lot of natural factors including genetics, hormones, body fat, and activity level. Delayed onset of menstruation can also affect the size of the bust.  Hormonal imbalance can also inhibit the growth because of the decrease production of estrogen. Other factors that are given as answer on what stunts bust growth includes radiation and trauma to the breast bud during puberty. There are also disorders such as genetic conditions including Poland Syndrome that can trigger the breasts to be undeveloped.  While the use of birth control pills increases one’s bust size, there are also drugs such as Tamoxifen which is used to treat breast cancer which can delay development.  Lastly, if a woman is still childless, the breast will never go through the second stage of enlargement which happens during pregnancy thus letting it remain undeveloped.

For some mature adult affected with the incidence of stunted breast growth, they try to do some tricks on how to make their bust size appear bigger when wearing uniforms or other clothes by using a bra that has molded cup or if they can afford it, they opt to undergo breast enhancement to  feel better about themselves. However, be sure to understand any medical procedures before partaking any actions regarding increasing the size of your breasts.