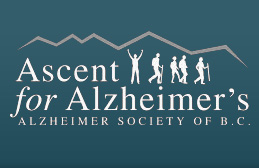 Lets support Michael – James Pennie to raise funds for Alzheimer Society of BC.  Michael goal is to raise $10,000.  All money will go directly to Alzheimer Society of BC.  Michael is an vibrant contributor to the community and his father Jim was diagnosed with early onset of Alzheimer’s disease back in 2003.  Now he wanted to help not only his father but also those families that has been touched by Alzeimer’s disease.  Michael decided to something on a grand scale.  He will climb Mount Kilimanjaro – the highest mountain in Africa rising 19,330 ft facing the low levels of oxygen and life-threatening altitude sickness.

Lets help MJ to his goal and help thousand of families that has been touched by Alzeimers disease.  I’ve just made my donation.  Let’s get involve.  If you want to  help too, visit the Tweet to remember and donate.  Even a  penny will help.

Hey thank you for the mention and the support!