How Long Does it Take to Withdraw from Nicotine 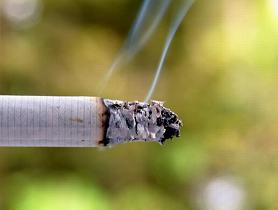 You’re planning on quitting smoking, but you can’t start because you’re afraid that you might experience the so called nicotine withdrawal syndrome. Well, the fact is you are not alone because most smokers feel that way. In fact, before they break their smoking habit, they contemplate on these questions – how long does it take to withdraw from nicotine? How does nicotine withdrawal feel like? How long does nicotine stay in your system?

Have you ever experienced waking up in the morning and your hands are shaking and you feel an urge for a cigarette? Then most probably you are going through nicotine withdrawal. Feeling anxious, depressed, easily irritated, having trouble focusing, and experiencing difficulty in sleeping at night are also some of the other symptoms which a person suffering from nicotine withdrawal experiences.

How Long Does it Take to Withdraw from Nicotine?  How long does withdrawal last actually differs from person to person. Also, it depends on how much an individual used to smoke apparently because their bodies are conditioned to expect the level of nicotine which is now absent from their system. The intensity of the withdrawal symptoms experienced by one person might not be as intense as the other. Some may get over the symptoms within the first few days, and usually last up for a month. Other may experience them in just the first few days or for a couple of weeks only. The longest time to experience withdrawal symptoms can be as long as two months, but doesn’t take longer than sixty days. Although there are severe cases when the unpleasant symptoms come and go for years after they have stopped smoking.

Coping with nicotine addiction and going through the stages of withdrawal symptoms is a big pain, but you should remember that is better to cease smoking now than suffer later on.

I’ve been smoking for 10 years, and I’ve decided to finally put a stop on my habit. My doctor asked me to make a timeline plan by my friend so that I can stop my urge to smoke.

Good post. So, what is the treatment for nicotine dependency anyways?