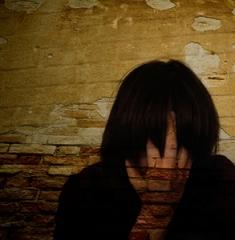 Personality disorders come in many types. But the thing that’s common is that this mental illness can take its toll on your relationship and social interaction. For instance, we have the borderline personality disorder (BPD).

BPD is a condition of the mind where one is experiencing patterns of instability in their emotions toward themselves ad with other people. let’s take a look at more information about borderline personality disorder, its signs and symptoms, test, and treatment by reading the rest of the article below.

Like any other mental conditions, the exact cause why this occurs is not specifically known. However, factors such as hereditary alongside environmental factors like sexual abuse, dysfunctional family, and abandonment in young children have been linked for its occurrence. It is thought that women suffer more than men from BPD.

Its Signs and Symptoms

The major symptom displayed by a person suffering from the condition is instability. They have this rapid change when it comes to their emotions and interests. Oftentimes, the symptoms are mistaken for bipolar disorder because of mood issues.

Generally, some of the manifested symptoms are:

Remember that for it to become diagnosed as BPD; it should be a chronic situation such as the symptoms felt have been experienced for more than 6 months. Psychological test and other mental health assessment will be given to identify how severe the symptoms are.

How to Treat BPD

Treatment options for the condition usually depend from one case to another. Medication treatment is always takes a part on how to cure it. With this, antidepressants such as Prozac and Zoloft are given. There are also drugs given to stabilize mood such as Tegretrol.

Psychotherapy is also needed as a method of treatment. The most common therapy is the dialectical behavior therapy (DBT) which will generally help one to handle stress and manage emotions thus aiding in improvement of interpersonal relationships. A number of support groups will eventually help in treating the problem as well.

Finally, you may know a close friend who is suffering from the condition thus making  you feel like you are walking on eggshells, but remember that these people wouldn’t want to suffer from the condition otherwise. So, be sure to maintain your vigilance and support the patient in his quest to treating the problem.