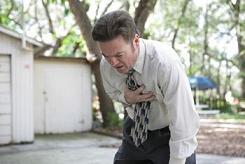 Each year, many people die from different types of diseases as a result of poor lifestyle choices. The way we lead our lives and the practices that we continue to do have played a big role in having an ill relationship with our health. Having said this, let us take a look at one form of lifestyle disease which is becoming one of the top reasons of morbidity and mortality in almost all countries. Thus read more about Atherosclerosis causes, signs and symptoms, and treatment.

Most of the time, both the terms have been used interchangeably as if they have the same meaning. But apparently, arteriosclerosis is the term given to refer to the hardening of the arteries. Generally, this can affect any of the arteries in the body, and once it affects the coronary artery, it poses a great risk for heart disease.

Causes and Risk Factors of Atherosclerosis

As mentioned above, plaque build up is the primary cause of the condition thus blocking the walls of the arteries. Some of the other causes include increased cholesterol levels in the blood, unhealthy lifestyle such as high fat diet, sedentary lifestyle, excessive alcohol consumption, and obesity.

As for the risk factors, included are the following:

Signs and Symptoms of Atherosclerosis

Usually, the disease starts to have no symptoms at all. However, once the blood flows to the artery has become blocked, symptoms such as the following may manifest:

Complications to the brain, kidneys, and legs may arise when there is blockage of the arteries in the said areas.

How to Treat Atherosclerosis

Primarily, the cure for the disease is by following some prevention tips by making lifestyle changes like:

Medication treatments which can reverse the effect of the disease are also prescribed by your doctor. Such includes:

At times, when the situation has become severe, more intensive interventions may be required such as bypass surgery and angioplasty. Therefore, it is important that you talk to your doctor to arrange proper treatment plan for your condition.