How to Cook Sinigang Na Hipon 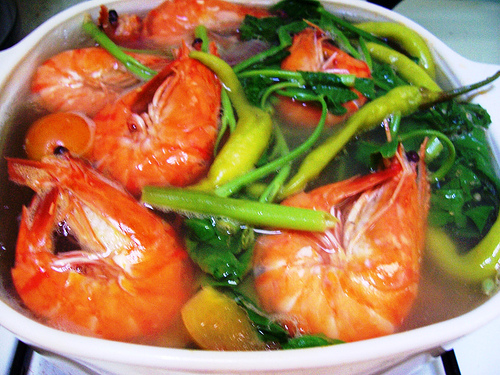 My family loves seafood and sinigang as well. So often times, when we are together, I usually prepare sinigang na hipon (shrimp) for them. Why shrimp in tamarind soup? Aside from the fact that our family loves this, it is also easy and quick to prepare.

In cooking this kind of Filipino dish, make sure you don’t overcook the vegetable but you cook the seafood well. Use fresh shrimps and vegetables to achieve the desired taste of sinigang and to come up with the delicious menu or recipe.