How to Cook Escabecheng Tilapia 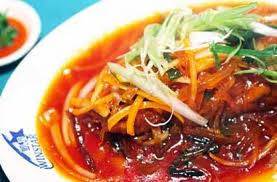 Don’t you know that Escabeche is not only known in the Philippines but also known in different countries such as Spain, France, Central America and Jamaica? Were you surprised too? Oh well, Filipino recipes are becoming known abroad because of our kababayans who are working anywhere in the world. Escabeche is a fish recipe that is fried and cooked in vinegar based sauce.

Filipino Escabeche has so many versions. It is maybe because Pinoy in different towns cook it differently. Each town has its own version of this dish. Anyway, in this article I’ll guide you on how to cook Escabecheng tilapia the easiest way.

This dish will not take an hour to cook and to prepare. It is very simple, so an amateur cook can make this perfectly even if it’s his first time to prepare this. You may try this recipe now and include it on your weekly menu.