As of 2009 and 2010 Hercules holds the Guinness  Record for the largest cat. It is a liger, born from a lion father and tiger mother.  The parents of Hercules are of the same genus but of different species.  This large cat has a weight of 900 pounds, and a height of 12 feet.  See the photo below. 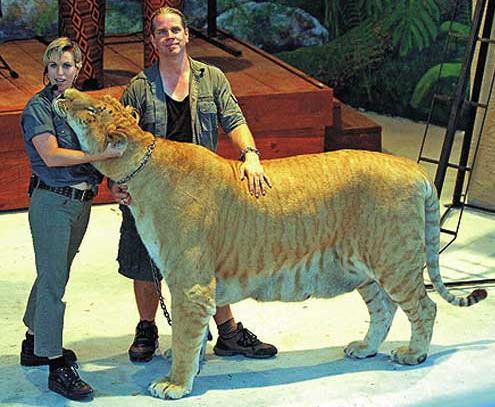 The speed of Hercules is up to 50 mph and can consume 100 pounds of food in just one sitting.  Most ligers are recognized for their huge body but they are unhealthy.  The ligers are actually the largest cats. However, Hercules has come out with the best from both feline races.  This giant animal is not to be scared of because it is very tame.  On the other hand, tigons or tiglons also have lion and tiger parents but they are usually smaller compared to ligers.

Other Records – Smallest and Oldest Cat

The information about the fattest  in the world is unclear so I regret to say that I cannot talk about it.  Watch the video of Hercules below