Duterte To Give 2M Reward for ”Ninja Cops” 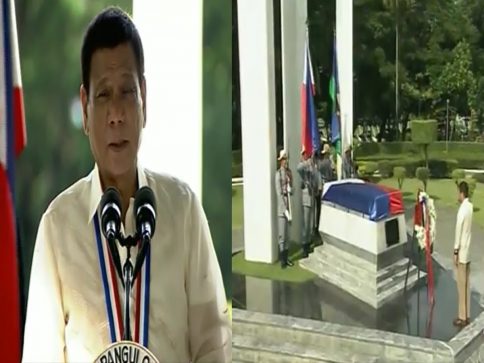 President Duterte offered a 2 Million peso reward to policemen or ‘ninja cop’ who would engage in illegal drug activities during his speech delivered in Libingan ng mga Bayani in celebration of the National Heroes Day Monday morning.
“Ninja cops” are term given to policemen recycling illegal drug like shabu confiscated during a raid. This cops resell the drugs to pushers and earn millions. Duterte strongly encourage members of the police and other uniform personnel to get involved personally in the war against drug trade especially in the their department.
‘I might inclined to place a reward on their head, the members of the ninja or the members of the police protecting the drug syndicate in this country. I’am placing per head 2 million” Duterte said
‘I want the police and Armed Forces to destroy the drug apparatus in this country’ He was quote saying
The Philippine National Police (PNP) Chief Ronaldo De la Rosa they know who these “ninja cops” are and admits that there are still a lot of them.