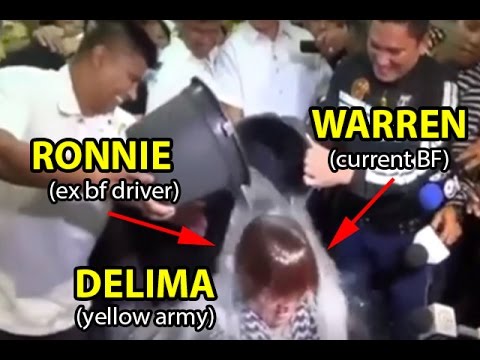 A sex video against Senator Laila De Lima was now in the hand of President Rodrigo Duterte. The President assured the public that the said video was real and even divulged a new lover -bodyguard  of the lady senator by the name Warren. Former Metropolitan Manila Development Authority (MMDA) Chairman Francis Tolentino even confirmed it  to the President of which he  works as an MMDA motorcycle rider assigned to De Lima.

This is yet another intensified expose of Duterte against De Lima in the culmination of the senate proceedings on the rampant judicial killings during Duterte’s  war against drug and criminality.

Duterte claimed that De Lima was the woman in  screen cap of  an a alleged  sex video  which has surfaced early this week and was now being shared and talked about by netizens. De Lima in the other hand had repeatedly denied all the accusations against her by the President and instead dared to resign and be shot when proven at fault.

Duterte said that Senator De Lima was furious now because she found out her secret [ in bed ] and about her new boyfriend named Warren which was her current motorcycle escort. The President announced it after attending a wake of a  slain police office in Taytay Rizal yesterday.