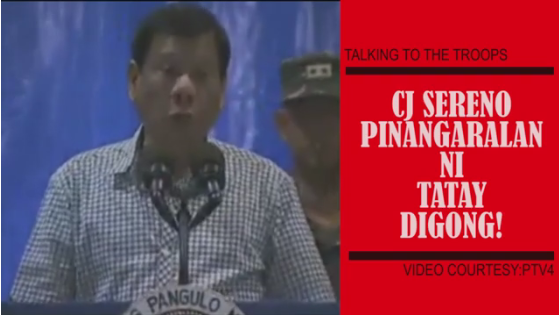 President Duterte responded and lectured Chief Justice – Maria Lourdes Sereno after she questioned the President on her letter about his campaign against narco-officials.

On her letter, Serano said that all of the drug suspects including the seven judges that were mentioned should not surrender to law enforcers
unless there are warrants of arrest issued to them.

Mr. President Duterte said that it is not that easy to secure warrants and this is impossible to do with the drug suspects of about 600,000.

“There are 600,000 drug suspect. Manghingi ka ng warrant. Madam Chief Justice, You must be joking”