For Being so Beautiful and Talented, the Philippines Got Banned for Joining International Beauty Pageants

Would you believe that our country Philippines has just been disqualified for joining Intenational Beauty Pageants for two years by (ABPFH) or Association of Beauty Pagenat Franchise Holders for being so beautiful and talented. Oh my.. This news goes viral although the news hasn’t confirmed yet whether if its true or not. 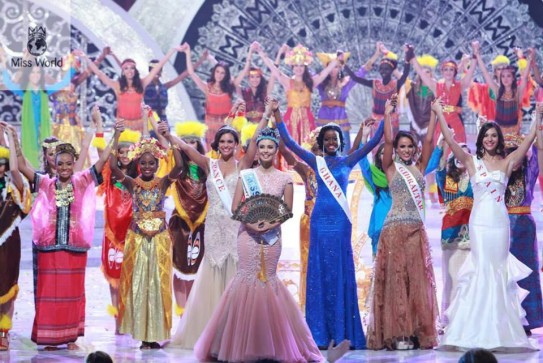 This is just after Annalie Forbes won the 4th runner-up recently at the Miss Grand International in Bangkok, Thailand.  Other Filipinas who have made it to the top 5 recently in international beauty pageant this year was Megan young who won in Ms. World, Ariella Arida who got the 4th spot at Miss Universe held in Moscow Russia, and  Mutya Datul who won the 2013 Miss SupraNational Pageant.

ABPFH added that the world already knows how beautiful and talented the Filipinas are and that they wanted the Philippines to give chance to other countries to be able to win in International beauty pageant. The disqualification will last for two years.

Oh my.., Filipinas are becoming a big threat when it comes to International Beauty Pageant.

What can you say? Don’t forget to leave your comment below.

all Filipinas even in all over the world are well admired by people,because of thier BEAUTY,kindness and hospitality.we are always on the top.

is it our fault, if Filipinos are born and naturally beautiful, that's unfair.

This is not true. What is true is that the Philippines is banned from participating in on-line voting in international beauty pageants. This is what happened in the last Miss Universe pageant. The organizers in the Miss Universe pageant knew that Filipinos are the most passionate about their candidates that they didn't want the winner to win simply because the people from her own country would choose her for her nationality and not her looks.

its very unfair, cuz if i know all the country who is joining this competation,
they tried to won the crown,jusk like filipina we tried to be fair and won in that competation

we Filipinos are really worth it, who cares if we get banned? at least were still beautiful, smart and talented.. we already have that CROWN!

If it is true, then it should never be call “Beauty Pageant” if they’re not searching for the most beautiful!