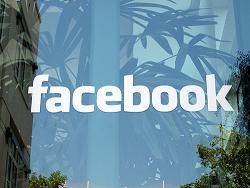 One of the most popular social networking sites is Facebook.  It has more than 200 million active users worldwide.  There are a lot of interesting things that you can do with it. You can post everything that comes to your mind. You can upload many photos and videos.  You can react to your friend’s comments.  You can reconnect with people like your ex-beau.  You can own a cyber farm, fish tank, mansion, and a lot more.  Many people are now addicted to it.  Have you heard the so-called Facebook Addiction Disorder (FAD)? It is an internet addiction disorder that many users of this site suffer.  I’ve got some signs for you.

Personally, I like this social networking site. I used to have FAD.  Just like most users I used to spend long hours playing games.  I used to comment on every status of my friends.  Thanks God I have already overcome it.

Aren’t you curious about its history?  Who is the man behind it?  When did Facebook come out ?  How did it start?  How did it come this far? 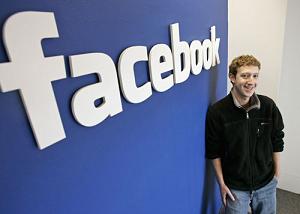 Since it has dominated the social networking world, many people wonder how it originated.  Let’s begin unfolding the pages.  It all started at Harvard University with Mark Zuckerburg, the CEO, which he founded in 2004.  He is now the youngest billionaire.

In October 2003, he created the site Facemash which was a version of Hot or Not. First, this was restricted to Harvard students.  Then in February 2004, he was able to create “The Facebook” using his knowledge from Facemash. Many universities offered their students face books which include photos of students with their names. This was used to recognize students by name. More than half of the undergraduate students at Harvard became members within the first month of Facebook’s creation.  Afterwards it was expanded to Boston University, MIT, Northeastern University, Boston College, and all Ivy League schools in two months. The next year many individual universities were added.

In 2005, The Facebook was officially launched as Facebook and the company purchased the domain name www.facebook.com for $200,000.  Eventually, it has become popular worldwide and has dominated other social networking sites.

This is its history.  It’s now on its 6th year and keeps on growing.

i dont actually see why people are so obbsessed with facebook. its so boring its unbelieveable i hate it, its just another excuse for people sit in all day and waste there lives away. its pathetic, i guess its okay if your gonna use it for talking to family that lives quite far away or something but its pointless. all in all i dont think the guy that made facebook deserved to become a billionarie for something like facebook, its not worth that amount of money and its certainly not ” amazing ” i hate facebook.

i love facebook but i still use my myspace so apparently its not all that great. but i do intend to stay a facebook member.

OMG. im stupid. um, what is this forrrrr?! :) oh i love cheesecake though!

Oh My Gosh!!! I love facebook soooo but sooooo much. OMG! i think it is the best, YES, THE BEST website for social networking. I can talk to ALL my guy friends and share pictures of me to them :) YAY! i love how you can post videos and like comments or anything you post. I LOVE IT! Claps for facebook and boo’s for myspace. I LOVE IT I LOVE IT I DO! OMG, im so obssessed, literally!

FACEBOOK IS THE SHIT YO! I LOVE IT SO MUCH IM EFFIN ADDDICTED TO THAT MESS, ESPECIALLY FARM VILLE ITS SO GREAT! I LIKE HOW YOU CAN BE ABLE TO POKE YOUR FRIENDS AND LIKE THIER COMMENTS, MYSPACE GET THAT SHIT OUTTA HERE WHOMP!!!!!!!!!! BE OVER MYSPCE IT SUCKS BALLS, YOUR ED. IF YOU PREFER MYSPACE OVER FACEBOOK!

Personally, i love it than other social networking sites like MySpace, Friendster , etc. One feature i love in face book is it’s chat feature, a lot of flash games, video sharing. Lastly, as a blogger i like its link feature which is really useful when promoting your blogs and websites. About the background issue, one advantage i can see to that is that it will keep the facebook’s pages very neat and readable. You and your friends would have easy time reading your pages