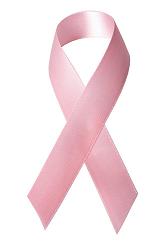 Neoplasia is the medical term given to refer to an abnormal growth of cells in tissues. And when this happens, it brings about a structure which is called neoplasm or commonly known as tumor.  Neoplasm is often mistaken for cancer, but in reality, it doesn’t always have association with cancer since not all tumors are malignant (cancerous). Other can be benign or noncancerous.

Tumors may be seen in any part of the body such as the breast, thyroid, skin, and other major organs. In today’s article, learn more as we give you details about neoplasm causes, signs and symptoms, and treatment. So continue reading on after the jump.

In a normal cell cycle, the cells are strictly divided in the body. They, too, undergo cell regeneration where older cells are replaced with healthier ones. However, when these cells are damaged and its division becomes uncontrolled, it may cause the development of a tumor.

On the other hand, there are also a couple of risk factors for the occurrence of the mass growth in the body. Some of them are the following:

Signs and Symptoms of Tumour

Apparently, the symptoms that manifest in a person are dependent on the involved organ. Oftentimes, others are asymptomatic which means there aren’t any symptoms seen unless it has progressed to a later stage. But generally, some of the noted body signs may be remembered via the acronym CAUTION which includes:

When these symptoms are experienced, it is important that you seek medical treatment immediately to undergo lab testing like complete blood count, blood tests, X-Ray, MRI or CT scans, and biopsy of the tumor to determine its malignancy.

Neoplasm – How to Treat It

How to cure the tumor depends on several variables like what type of tumor it is, where it is located, and whether it’s malignant or benign. There are instances when there isn’t any need for tumor treatment except for aesthetic purposes. On the other hand, if the tumor can lead to carcinoma, the treatment options may include:

The thought of cancer is a scary thing. But as long as you seek medical attention immediately once untoward symptoms are felt, you will always get a positive prognosis about it. Stay healthy!