How to Treat Gastroparesis 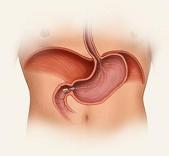 Gastroparesis is a chronic condition which is also referred to as delayed gastric emptying.  The person suffering from the disorder can’t actually digest the food properly thus allowing one to experience symptoms including nausea and vomiting, heartburn, feeling of fullness after eating only a few food, and weight loss. Among the causes to be blamed as to why one suffers from the condition are being diabetic as well as having other medical conditions like cancer, autoimmune diseases, and patients who have undergone gastrointestinal surgery. Some treatment like radiation or chemotherapy treatment may also be among the causes. Generally, treatment for the illness revolves around knowing its underlying cause first. Once your doctor has identified its cause, then that will be the time to take actions on how to treat gastroparesis. Moreover, there are also home remedies you can do to address the issue.  How to you go about treating the illness? Here’s how.

How to Cure Gastroparesis

We hope that the following tips given above on how to treat gastroparesis have helped you manage and alleviate the symptoms well.  Was the post helpful?  Let us know at our comment section below.