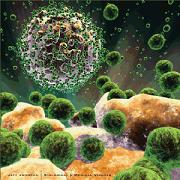 Probably, you’ve heard a lot of bad articles about sexually transmitted diseases (STDs).  While some people think it is a shame to have obtained STD, it is still more than that as it is a serious health condition especially when left untreated.

Among the many types of STDS is the AIDS. AIDS stands for Acquired Immune Deficiency Syndrome. Having said that, it is a group of health conditions which means you can get infected with in.   Also, it makes your body’s system weak to fight off diseases.

AIDS is caused by the Human Immunodeficiency Virus (HIV).  The history of HIV is said to have its origin in non-human primates in Africa between 1884-1924.  Once you get infected with HIV, your body will try to fight the disease by making antibodies.  If you have the virus in your blood, you will then be called HIV positive.

Based on statistics, more than 25 million have actually died of AIDS making it the leading cause of death in the mid-nineties.

How AIDS or HIV is Transmitted

How do people get AIDS?   Generally, you don’t get AIDS.  It’s the HIV you get infected from and might develop to AIDS later on.  Below are the facts and ways on how to catch AIDS:

Before, there were instances when it can be acquired through blood transfusion.  However, blood supply is being carefully screened nowadays that is why chances of getting the disease are low.

Regarding the transmission by tears or saliva, there weren’t any known cases yet.  However, it can be a potential risk for obtaining the disease by having oral sex or from kissing especially if you have cuts in your mouth.

Some people experience no symptoms of AIDS at all.  Others don’t even know they have it and they pose danger to the transmission of the disease.  That is why it is a must to protect yourself especially when you’re sexually active. Buy a latex condom every time you engage in sex as it’s guaranteed to protect you.  However, the most certain way not to catch the infection is by not having sex at all or not sharing needles when doing drugs.