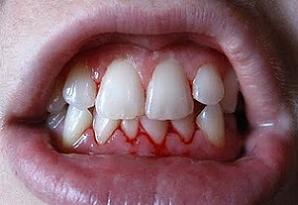 Sometimes, neglecting our personal hygiene can really give us a headache in the long run. We neglect important things to do with our body and we have to pay for it at the end. One example of this is neglecting our oral hygiene. Bleeding gums is one of the many aftermath effects of our negligence. Bleeding gums is not a disease but rather one of the symptoms of having gingivitis alongside with swollen gums and receding gums. It may not be a serious case but still we need to seek for the right treatment like home remedies to stop bleeding gums and also the causes to prevent us from having this.

There are so many factors why we experience gum bleeding. The first cause is plaque due to neglecting oral hygiene. Another is brushing your teeth too hard. It is also caused by canker sores that are caused by herpes simplex virus by frequent smoking and drinking alcohol. Vitamin deficiency is also considered as one of the causes why our gums bleed.

Home Remedies to Get Rid of Bleeding Gums

Here are natural cure to get rid of the bleeding:

Personal hygiene is really essential in daily living and it pays not to do it religiously. Don’t wait for greater conditions before you start taking care of your body. Follow a healthy lifestyle. Stop smoking, quit drinking alcohol and visit your dentist regularly.