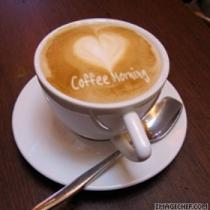 “Can coffee really stunt your growth?”

That’s a pretty common question that I’m certain you’ve heard for a couple of times.   Most people are really concerned if  coffee can stunt their growth.  Frankly speaking, the stigma that associates coffee to one’s growth, especially to children’s growth, is only a myth that has been passed on from one person to another.   Since this belief has been around for ages, let’s dig deeper into the facts to answer the question.

Does Coffee Can Really Stunt Your Growth?

Coffee doesn’t stunt your growth.  However, coffee contains caffeine.  Caffeine is known to stimulate our central nervous system.  High caffeine intake can cause anxiety and sleep interference that is why if you are drinking too much coffee and other drinks containing caffeine like tea, and soda, then try to cut back.  You should also remember not to cut back on drinking coffee abruptly. Doing so might cause unpleasant symptoms like headache.   Moreover, it is better to ask a doctor when trying to cut back or stop drinking coffee as it can cause underlying problems especially for those who have heart problems.

There were also other researches stating that drinking coffee has no effect on height at all.  It has been linked that caffeine predisposes risk to osteoporosis and results to reduced bone mass.  However, the truth is that most people substitute calcium-rich drink with caffeinated beverages.   The association of caffeine to osteoporosis was ruled out simply because the condition is a result of low calcium intake.  That’s why on the other hand; you also have an intake of foods rich in calcium and other supplements to maintain optimal health.

Now that you know that coffee doesn’t end the growth of your child, it still isn’t a good idea to let your child drink coffee.  What’s better is to provide them with foods that will aid in their growth the best possible ways so they can increase their height and grow taller.

To know more about what stunts your growth, you might want to read Things that Stunt your Growth – Growing Taller Secrets and Tips.