Can You Get Pregnant When you Have Your Period ? 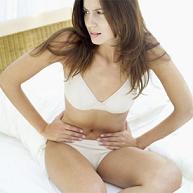 The issue on whether or not a woman can get pregnant during her menstrual period has been circulating for years now.  And although menstruation is believed to be a safe period during your cycle, the answer to the question still varies from one woman to another. Every woman is different from one another. In terms of menstrual cycle, some women have short cycles causing their ovulation to come after their period which increases their risk to pregnancy. Hormonal balances can also play a big part on getting pregnant during period.  Though chances of getting period while on your period are low, it can still exist if the egg that your body has released is present, or the sperm has managed to stay until the egg is there. So, the answer to this question depends on a case to case basis. So most probably, you can get pregnant when you have your period.

A male’s sperm has the ability to live for days in the woman’s body.  That is one of the reasons why you can get pregnant when you have menstruation. If you have sex during menstruation and the sperm is alive for a couple of days in your body, and then you ovulate while the sperm is there, then conception is most likely to occur right after your period.

Now you know that you can get pregnant when you have your period. That is why if you’re not ready to conceive yet then it is advised to never practice unprotected sex. Keep in mind that there is always no “safe” time for unprotected sex.