How to Narrow a Wide Nose 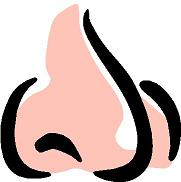 Undergoing cosmetic surgery has become very popular and has been widely accepted by the public.  One of the many reasons why people seek plastic surgery is because of a nose wide open.  When we say wide nose, it can either be just a bulbous tip or it could involve the entire length of the nose as well as the nose bridge.  Though the definition of having a wide nose varies, it all boils down to one thing and that is how to narrow a wide nose.  Continue reading…

How to Narrow a Wide Nose without Undergoing Surgery

Below are some of the tips and techniques which you could do with make-up alone to create an illusion of having a narrow nose.

Yeah sure the make-up thingy is a good suggestion, but it still makes you feel unhappy with the way you look.  Well, if that is so and you think you’re brave enough to deal with pain and recovery, then you might consider undergoing rhinoplasty.

Rhinoplasty is also known as a nose job.  Generally, this is one of the most popular forms of plastic surgery all over the world including the Philippines. This technique can make intense differences in a person not just in his facial features as well as one’s self-esteem and confidence.  Narrowing a wide nose with rhinoplasty always depends on how wide a person’s nose is.  Also, the result is always a question of how much the nose looks small and narrowed. Your rhinoplasty surgeon can either decrease or increase the size, narrow or change the shape of the nostril, or alter the tip to make it smaller.

Once you’ve decide to undergo under the knife to get your nose done, make sure that you have fully understood enough information regarding the procedure as well as its benefits and risks.  Whatever you’ve chosen, we hope that you’d become more confident to flaunt your narrow nose especially with those lovely sunglasses on.  Good luck!