Im not sure about this but there’s a rumor that came out from other bloggers and is now spreading online on social networks such as facebook and twitter. 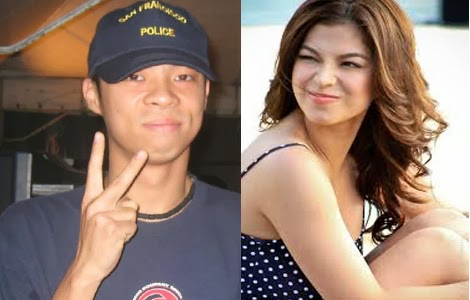 According to them there is this one person that warned Chito before the release of the recent video between him and Neri Naig and the said person really did it after just few weeks of informing Chito.

Now, that same bad person just warned Chito again that he/she would upload again another of his video of Chito but this time it not with Neri Naig but with Angel Locsin. Oh My….

Angel Locsin is now reportedly so afraid and worrying about the alleged video scandal of her and Chito Miranda that might spread online in the near future. And her boyfriend Phil Younghusband is now being affected by this news.

What is your opinion about this? Don’t forget to leave your comment below.

I just hope that person woud not do it because if he/she did, it would surely ruin the reputation of Angel Locsin

do that in jemaah islamiyah territory. i hope he hill save you

this is not true..

JESUS says:
"He is an adulterer who commits the act and he who desires the act and craves for it with all his might. Both he who sins and he who wishes to sin are lustful. It is not sufficient not to do evil. It is also necessary not to desire to do it. He who cherishes sensual thoughts and excites sensual feelings by means of literature and performances sought for such purpose and through pernicious habits, is equally impure as he who commits the sin materially. I dare say: he is more guilty. Because with his thoughts he goes against nature, not only against morals. I am not referring to those who commit real acts against nature. The only extenuating circumstance for such person is an organic disease or mental illness. He who does not have such an extenuating circumstance is inferior to the filthiest beast by ten degrees….

"You are beings gifted with reason and guided by a divine law and by a moral law. To degrade yourselves to the behaviour of savages or of brutes should horrify your great pride. But pride, which in this case would be also useful, is used by you for completely different matters."

Excerpt from The Pharisees and the Adulterous Woman, page 305, Volume 4, Poem of the Man-God.
http://issuu.com/ricardodeleon/docs/poem_of_the_man-god_volume_4/1