How Tuberculosis is Transmitted 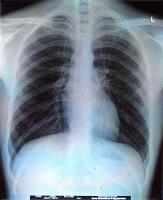 Tuberculosis or commonly called as TB is a disease caused by the Mycobaterium tuberculosis. This is a serious and highly infectious illness – apart from emphysema and pneumonia – which affects one’s respiratory system particularly the lungs. History-wise, the condition caused up to 25 percent of deaths in Europe during the 17th and 18th centuries.  This condition can be fatal to one’s health if the patient does not undergo proper treatment.  One of the primary causes of tuberculosis is when the case is passed from person to person via droplets.

In this article, we’ll discuss primarily how tuberculosis is transmitted.  But before we go about discussing its transmission, let’s take a look at what its signs and symptoms are.

Signs and Symptoms of TB

Some cases of TB might be asymptomatic (showing no symptoms).  However, once the disease has progressed, you’ll see that a person displays the following signs and symptoms:

How Tuberculosis is Transmitted

Tuberculosis is transmitted primarily via airborne and droplet mode. When an infected person sneezes, coughs, talks, or spits which causes the person to release the bacterium from throat or the lungs, it can be inhaled by another person and get it through the airways thus posing potential for infection.  A person who is in close contact with a patient with an active TB disease has the highest risk of developing the disease as well. Other situations which put a person at risk from droplet and airborne transmission include – immunocompromised persons, low-income populations, malnutrition, people with AIDS and diabetes, or ethnic minority groups, etc.

That is how tuberculosis is transmitted.  Apparently, a suspected TB case is expected to undergo sputum test as well as other series of tests to diagnosed one further. As for its prevention, there is a BCG vaccine available for tuberculosis which is proven to give atleast 70-80 % protection against the disease.