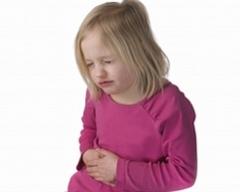 Shigellosis is a disease of the digestive tract which generally involves the lining of the intestines. The condition can happen any time of the year, however, it is prevalent during the summer season and usually affects kids ages 2-4 years old.  Continue reading more about Shigellosis causes, signs and symptoms, and treatment.

The infection is usually caused by a group of bacteria referred to as Shigella. Each type of the bacteria is responsible for all the cases of the disease in any parts of the country. How does one become infected with it? Basically, this can happen when one:

Signs and Symptoms of Shigellosis

The infection can actually cause a wide range of symptoms such as:

How to Treat Shigellosis

Although the disease usually runs its course thus it goes away on its own, there are some measures you can employ to help on how to cure the condition. Therefore, consider some of the options below.

As always, when the symptoms seem s to worsen despite proper interventions, it might be necessary to visit your healthcare provider for proper treatment plan and avoid further complications and illnesses associated to it.